We use cookies on this site to improve your user experience

In order to upload you child's covid home test result, please click the link and go to the form. 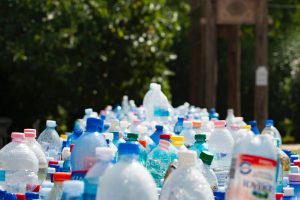 “It’s the small changes that we can all make in each day that lead to much bigger positive impacts on the environment.”

After being inspired by David Attenborough’s wildlife documentaries full of imagery of sea life being trapped in plastic bottles, Sean McGillan, Associate Assistant Headteacher at Parkwood E-ACT Academy in Sheffield, has implemented a school-wide initiative to reduce the amount of single use plastics in the academy.

As he regularly helped with lunch duty in the canteen each day, Sean quickly noticed the amount of plastic being used and then wasted every day. This included plastic bottles, plastic cutlery and polesterine cups. Sean worked out that the canteen staff were selling between 500 – 1000 plastic bottled drinks each day which automatically made him consider the academy’s carbon footprint. He recognised small actions that all pupils and staff at the academy could implement so that a bigger impact on the environment would be possible.

After having spoken with pupils, teaching and canteen staff about his idea for making small changes, Sean decided to launch a new campaign to encourage everyone in the academy to stop buying plastic bottles and instead keep reusable bottles with them, thus reducing the amount of wasted plastic.

As part of the campaign launch, all pupils were given their own reusable water bottles, as well as a full brief on why this new initiative was taking place. The reusable bottles were sourced from a local company in Rotherham.

Pupils and staff all bought into the new concept and change in behaviour was seen almost immediately, with many people starting to purchase their own reusable water bottles after having finished using the ones provided by Parkwood Academy. Although this initiative was initially due to changes that needed to be implemented in the canteen, the action plan has naturally progressed across the whole academy.

This environmental campaign has already seen huge successes, having just been rolled out from 2019 onwards. Coverage of Sean’s work was received in the Sheffield Star, which naturally meant that other schools in Sheffield contacted Sean to see how he could help them implement environmentally friendly changes.

Now that Parkwood E-ACT Academy has become completely plastic free, Sean is looking into other ways that the academy can become more eco-friendly, including speaking with canteen staff on sustainable food choices. Sean also hopes that other E-ACT academies will roll out similar action plans to reduce their carbon footprint and ultimately help the environment.

We are hosting a Year 11 Study Support Evening on the 2 of November from 4pm. The evening will last approximately an hour and will consist of a brief introduction from the Headteacher, an appearance from the Head of Longley Sixth Form, and time to talk to subject specialists. https://t.co/km9PhuNlvz